In 2030 all Fiats will be (only and only) electric

More, more and even more: F1 2021 is packed with possibilities and you can fill in the smallest details to taste.
Take career mode for example. As with F1 2019, Codemasters is now investing heavily in a narrative variant: Braking Point. As newcomer Aiden Jackson you will make your way from Formula 2 to the bigger teams in the royal class of racing. In the meantime, you make friends and rivals, try to keep your team happy and hear what the world thinks about your achievements via social media and news channels. If you enjoyed the behind-the-scenes look at the Netflix documentary Drive to Survive, you’ll love this one.

Anything your heart desires

Players unfamiliar with preconceived storylines can use Braking Ignore Point completely and set out on his own career. In this variant too, there is more freedom of choice than ever before: for example, you now determine how often drivers change teams and you can go through free practice sessions yourself, but also via a minigame. If you like to take the current state of the championship as a starting point, you can. If you want one of the classic heroes (from Ayrton Senna to David Coulthard) as your teammate, simply offer them a contract. And if you prefer to go through your career with a friend, invite them for a cooperative experience.

In addition, you now make some choices more in consultation with your team. For example, the development of a state-of-the-art brake disc may not be successful in one go and require an additional investment. Your team then makes a suggestion as to whether this is a good investment, or proposes an alternative solution. Because of this, it is not necessarily obvious how to become the fastest team in the paddock in the shortest time: it seems that there are now several roads that lead to Rome.

The Hand of Electronic Arts
This approach is reminiscent of Fifa in many ways. There too, it is up to you to shape your gaming experience based on your own preferences. This is not terribly strange: earlier this year giant Electronic Arts took over F1 developer Codemasters. That hand is already visible. Braking Point is very similar to the story Volta mode from Fifa 21; it’s more and more about sports legends; and stats are now updated more regularly based on current season developments. 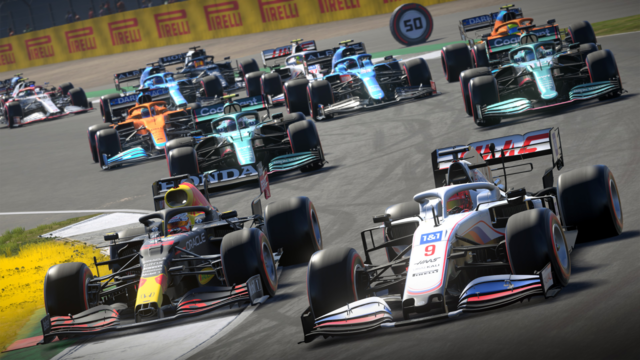 That’s very promising. In any case, it ensures that the F1 games offer a richer experience off the track. Whether this also applies to the track is still difficult to say. For the time being, it looks like F1 2021 is mainly a further developed version of the past parts, both technically and in terms of racing experience. That’s understandable, but it’s also a potential pain point. Pit stops have been of little interest for years – and that is not going to change again this year. And technically F1 has not been able to keep up with the big players in the field for years, such as Gran Turismo and Forza. In addition to the 120fps racing capability and reduced loading times, it’s unclear how much the game will leverage the power of the Xbox Series and PlayStation 5.
Also, during the presentation of franchise game director Lee Mather, it was anxiously silent about the action on the circuit. Admittedly, Codemasters has taken a critical look at the way tires wear. But what about AI, for example? And to what extent can F1 2021 actually compete with e-sports classics such as iRacing?
These are questions for later. In any case, for now it is clear that F1 2021 will be a comprehensive and comprehensive representation of the highest echelons of racing sport. That’s worth a lot.

Adrian Ovalle
Adrian is working as the Editor at World Weekly News. He tries to provide our readers with the fastest news from all around the world before anywhere else.
Previous articleNintendo will air an E3 Direct on Tuesday, June 15
Next articleHas the AI ​​company stolen photos of more than 3 billion people from websites?