Fresh off of their triple win at the American Music Awards on November 22, the decision whether or not the members of South Korean juggernaut BTS will soon be off to the military could be decided this week. 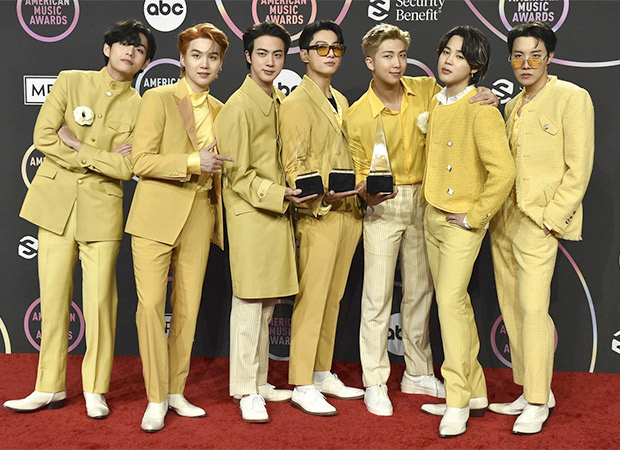 According to a report in Korea Herald, the future of the group depends on the upcoming National Assembly defense committee subcommittee meeting on November 25. . The changes to the Military Service Act are to be discussed there, and the lawmakers could decide to grant service exemptions to pop artists who have helped elevate the country’s global standing.

Under the current law, all able-bodied South Korean men are obliged to serve in the military for 18 to 22 months. Upon recommendation by the culture minister, however, international award-winning athletes and classical musicians are allowed to complete basic military training and 544 hours of community service over 34 months while remaining active professionally. Earlier this year, a number of lawmakers proposed bills calling for those exemptions to apply to a wider range of artists.

If the law is revised, BTS may be exempted from military service in recognition of its contributions to boosting the country’s image. Meanwhile, the defense committee is slated to hold a plenary session November 26.

The Korea Music Content Association released a statement that read, “This month is the last opportunity for BTS to be exempted from military service.” It also urged the defense committee subcommittee to make a “significant decision.” While BTS has made many unprecedented gains in the music industry, the group is treated unfairly compared with classical artists when it comes to issues involving mandatory military service, the KMCA statement said.

While the BTS’ global fandom community, Army, and other K-pop fans are keeping a close watch on the meetings, BTS’ eldest member, Jin, can only postpone his military enlistment until the end of next year, when he turns 30, under the most recent revision to the act, which came into effect last year.

On the work front, BTS won the favorite pop duo or group category and the favorite pop song category with its megahit Butter. It also wrote a new chapter in K-pop history by winning artist of the year, becoming the first Asian act to do so. Meanwhile, the nominees for the 64th Grammy Awards will be announced Tuesday (US time) with BTS widely expected to receive a number of nods. BTS has been chosen to be one of the presenters at the Grammy Awards. The awards ceremony is set for January 31 in Los Angeles.

Sallie Anderson
Sallie works as the Writer at World Weekly News. She likes to write about the latest trends going on in our world and share it with our readers.
Previous articleSandeepa Dhar and B Praak to collaborate for a music video
Next articleBiden announces the release of 50 million barrels of strategic oil reserves