Aryan Khan being arrested is all that everybody across the country is being talking about since the past few days. Shah Rukh Khan’s son was nabbed by the Narcotics Control Bureau along with seven others on a Goa-bound cruise ship off the Mumbai coast. 13 gm of cocaine, 5 gm of MD, 21 gm of charas and 22 pills of ecstasy, plus Rs. 1.33 lakh cash were seized from the drug boast at the scene of the crime. The raid was conducted by NCB’s zonal director Sameer Wankhede and his team who went undercover on the cruise ship after a tip off. Also Read – NCB Press Conference On Aryan Khan’s Cruise Rave Party Case, Mumbai Drugs Case: Details Inside

More worryingly, Aryan Khan hasn’t got bail yet, which has come as a huge shock to everyone, given the minuscule quantity of drugs found on him, when other have been let off with huge fines and harsh reprimands for the similar quantities on their person, and more so, when 3000kg heroin, worth Rs. 21,000 crore was recently seized at Adani port aka Mundra port, but there’s been relatively little investigation conducted in that direction. Also Read – Amidst Aryan Khan’s arrest, Suhana Khan shares a lovely throwback as a birthday post for Gauri Khan

Well, while we hope and pray he gets bail today, 8th October, on mother Gauri Khan’s birthday no less as his court hearing is about to happen later in the day, reports have come in that yesterday, 7th October, Shah Rukh Khan’s staff was spotted outside the NCB office with a suitcase, containing tiffin boxes and other amenities to be delivered to Aryan Khan while in custody. Check out the pic below: Also Read – 10 arguments Shah Rukh Khan’s son Aryan Khan made in his bail plea 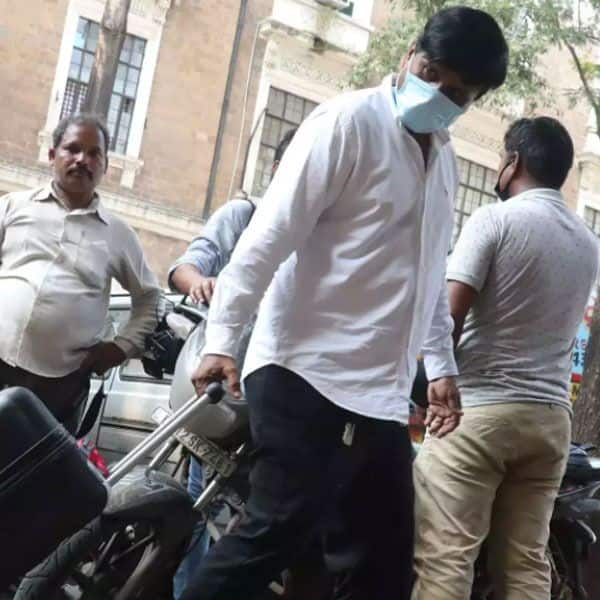 For those who’ll be ready to troll the star kid again by jumping the gun about him getting special privileges and all that jazz, let us inform you that he’s not been placed under arrest and reports have trickled in of his detainment and interrogation, too, being illegal, considering that no narcotics were recovered from his person or in his possession.

Tyler Hromadka
Tyler is working as the Author at World Weekly News. He has a love for writing and have been writing for a few years now as a free-lancer.
Previous articleAs in Armageddon: atomic bomb prevents asteroid impact – according to the study
Next articleTWICE announce third studio album Formula of Love: O+T=<3 releasing on November 12