World Weekly News
HomeTechnologyApple Watch Series 7 or 3 or at least the SE: Which...
Technology

Apple Watch Series 7 or 3 or at least the SE: Which should you buy?

On Tuesday, Apple presented the new top model Watch Series 7. This will appear later in the fall and represents the current line-up with the Watch SE and Series 3. We’ll look at the differences and give them a buy recommendation.

The previous watch portfolio, consisting of the Watch SE presented in the previous year , the older Series 3 and Series 6 will only be changed at one point – namely the new top model. Instead of the Series 6, watch enthusiasts will in future be able to choose the brand new Series 7, which is only a moderate evolution compared to the previous year’s model. Therefore, the question of which of the three available watches from the production of the Californian manufacturer is best for a purchase in 2021 remains interesting. We’ll show you in comparison which watch offers which features and what you should consider when making your purchase decision.

Amazing, but true: All three watches use the same battery. Apple indicates its performance with around 18 hours of endurance. Differences in the specific stamina result from the hardware and software optimization in detail. In terms of performance, however, the three watches differ significantly. Of course, the Watch 7 is the fastest, but the SE can also keep up because it runs on the dual-core S5 processor. That had driven the Watch Series 5. The current Watch Series 7 runs with the S7 processor, which, however, does not promise a leap in performance for a very good reason.

Apple Watch SE: The best compromise between price and performance

Let’s start with the Apple Watch SE. This smartwatch is designed as a compromise between price and performance. It offers many features of the high-end series, but in some places it also makes compromises due to the lower price. 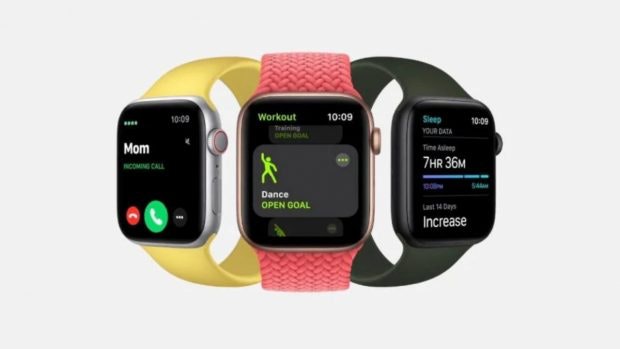 The Apple Watch SE can still be ordered. (Photo: Apple)

As with the iPhone, the SE in the name stands for “Special Edition” and says little at first glance. In fact, the abbreviation is reminiscent of one of the most popular Macintosh models of the eighties, the Macintosh SE.

Hardly any visual differences between Watch SE and Series 6

Only those who deal with the details of the different Knowing Apple Watches has a chance to distinguish the Watch SE from the Series 6 – at least when the display is off on both. The only visual difference is that the Watch SE does not have an always-on display, i.e. only shows the screen content with a tap or gesture. Otherwise, the optically identical front is installed as in the Series 7. The latter, however, has been given a more robust finish. More on that later.

The Watch SE also receives all sensors in their current Versions that the Series 7 also has, with the exception of the EKG and blood oxygen sensors. However, the Watch SE does not have the U1 ultra-broadband chip introduced with the Series 5 and iPhone 11 on board. It is responsible for spatial localization in the immediate vicinity and enables convenience functions such as simplified sharing of content with other devices in the vicinity. 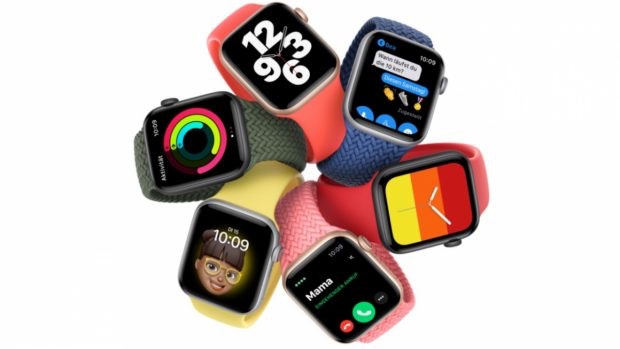 The Series 3 will not be updated in terms of sensor equipment. In comparison, the Watch SE can also come up with a real-time altimeter, a compass and fall detection with emergency notification. It only offers a standard altimeter. Emergency SOS can also be sent through the Series 3, but only manually. The Series 3 also has an acceleration sensor on board. However, it is only half as sensitive as the two more recent models and therefore not as accurate in recognition.

The watch SE handles radio communication via Bluetooth 5 and the integrated W2 radio chip. The Series 7 already has the W3 on board. The Series 3 also relies on the W2 and the lower Bluetooth version 4.2. 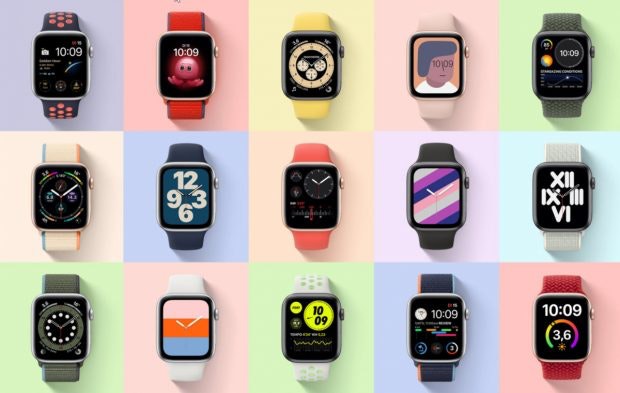 The Watch faces of the Apple Watch SE do not make boredom so easy. (Photo montage: Apple)

The Apple Watch SE (GPS) costs around 291 euros in the smaller version with a 40 millimeter case. The corresponding LTE variant is available over the counter for around 340 euros. With a case size of 44 millimeters, the Apple Watch SE starts at around 321 euros, the LTE version then costs around 370 euros. With the housing colors you have the choice between a subtle gold tone, silver and the well-known space gray, a dark gray.

The Apple Watch SE can be used with a variety of price-relevant bracelet variants can be configured, but the housing is always made of aluminum. Apple does not offer any other metals for the SE. In the Apple Store you will find all configuration options for the Watch SE.

Tyler Hromadka
Tyler is working as the Author at World Weekly News. He has a love for writing and have been writing for a few years now as a free-lancer.
Previous articleBitkom survey: data protection puts companies under constant pressure
Next articleFrom Akshay Kumar, Shilpa Shetty Kundra to Deepika Padukone: 8 Bollywood celebs who don’t drink

These 10 jobs will be booming over the next 10 years